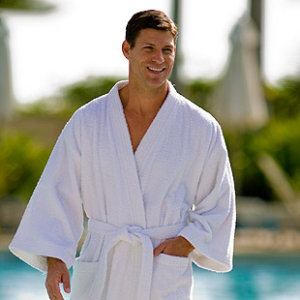 On April 22, 1970, we celebrated a day that now commemorates the birth of the global environmental movement. Founded by Wisconsin U.S. senator, Gaylord Nelson in response to the horrific oil spill in Santa Barbara, California in 1969, the day was a springboard for future movements that have gained more and more traction ever since.

The time was fraught with protest. The Hippies took an anti-war stance, along with intellectuals and those with a strong political conscience, against what was happening in Vietnam. Rachel Carson had written her powerful, “Silent Spring,” which was the first book to take a hard look at the consequences of environmental pollution. The time was right to raise public concern about the future of our planet.

In Favor of a Sustainable Environment

As Nelson put it, Earth Day was to be a national teach-in on the environment, and along with other influential people, he promoted it so that on April 22 there were productive demonstrations in favor of a sustainable environment. In colleges, universities, and other locations throughout the U.S., dumping, wildlife extinction, and the destruction of the rain forest were brought to the fore, deepening consciousness and raising concern.

Earth Day brought many people together and ultimately led to the creation of the U.S. Environmental Protection Agency and the eventual passage of the Clean Air, Clean Water, and Endangered Species acts. In 1990 the concept went global, with over 200 million people in 141 different countries getting involved. In 1992, the United Nations Earth Summit convened in Rio de Janeiro in Brazil, and in 1995 President Bill Clinton gave Senator Nelson the Presidential Medal of Freedom for his work as the founder of Earth Day.

With the advent of the Internet, Earth Day gained even more followers, making it clear to world leaders that they had to take action. In 2010 the Earth Day Network was launched, with more than a quarter of a million people rallying for climate change in the National Mall.

At Boca Terry, we are doing our part to promote healthy practices and a greater respect for the ecosystem. Our 100% organic cotton robes are completely hypoallergenic, as they are made with no contaminants to harm the environment or the body. With no toxic byproducts, our cotton is grown without GMO modified seeds, pesticides, herbicides, or fungicides. The plants are rotated for greater productivity and entire production process ensures that everyone involved is treated fairly and safely.

Beautiful Robes that Are Chemical-Free

By observing the natural biological cycles of growth, we are able to create beautiful robes that do nothing to harm the environment. With the knowledge that our skin soaks up every substance it touches, we are proud to make a product that is chemical-free.

For more information about our organic cotton bathrobes and eco-friendly practices, please contact us today!