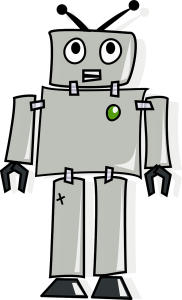 It’s 2015 and it becomes clearer with each passing day that technology is really taking off. From smart watches and other wearables to drones, there is nothing that can stop our pace in innovating technology.

In fact, many experts fear that all of our jobs will be gone by the end of the century—that we will all be placed by robots. With the speed in which technology is moving, it might be hard to argue against that.

Except when it comes to the hospitality sector. Although, we have already seen robots in hotels, providing service, is there ever going to be a real replacement for simple, genuine human interaction?

And, further upping our chances of employment survival in the hospitality sector, we’ve recently learned an important tidbit of information.

Or, at least, it takes them a really, really long time.

According to a segment by NPR, robots have yet to deem successful in the folding of bathrobes and bath towels. They lack the functionality to gain and ingest the correct information in order to do so properly.

So, cheers to the hospitality sector for an ongoing, healthy employment rate!