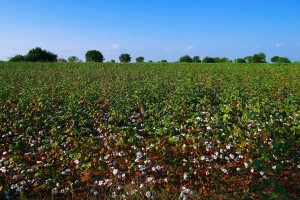 It’s obvious that we go through a lot of cotton at Boca Terry. That’s why we wanted to touch base with our readers regarding that current status of this crop in the globe’s second leading producer: India.

Cotton is a crop that enables even the world’s poorest countries to get into the world of production and agriculture. However, a recent essay divulging the common atmosphere and profits of the industry in India leaves the begging question of whether or not it is worth it.

As it turns out, many of the Indians growing cotton are turning their crops—but they are not turning a profit. Due to a steep decline in the price of cotton, they are suffering through their daily operations with insufficient funds.

According to the recent article by Women’s Wear Daily (WWD), “As prices have fallen way below their expectations in the last two months, farmers have been irate. Politicians also have been indulging in verbal jousting, calling for higher prices, farmer subsidies and other measures. Meanwhile, the government-owned Cotton Corporation of India Ltd. has been overseeing the MSP operation with a budget of 120 billion rupees, or $1.89 billion.” These astonishing numbers show just how much corruption can damage an already suffering industry, in the midst of these falling costs.

India’s main cash crop remains cotton, still. It is expected to produce 6.63 million tons of cotton during the years 2014 – 2015. In fact, “India is the world’s second-largest cotton exporter after the U.S., and exported 11.7 million bales in the last fiscal year. The black soil in Maharashtra is perfect for cotton.”

As it turns out, India is one of the prime locations to grow this crop. The soil condition is excellent for this crop. And, to be frank, much of the world relies on India’s production of cotton in order to continue manufacturing products. While the US is stereotypically known for their cotton production over the past hundreds of years, many do not realize that India is a strong contender in the business. Indian cotton is traditionally a popular item, as seen through the beautiful fabrics and tapestries used by the culture. So, why would they stop now?

The problem is that workers and farm owners are unable to get by with the profit they are turning for the products they’re producing. While the world looks at India as one large country, it’s important to understand the cultural nuances that take place in each village.

For many, there is no other option. We question, is it worth it to continue farming cotton in India? We will let each farmer be the judge.